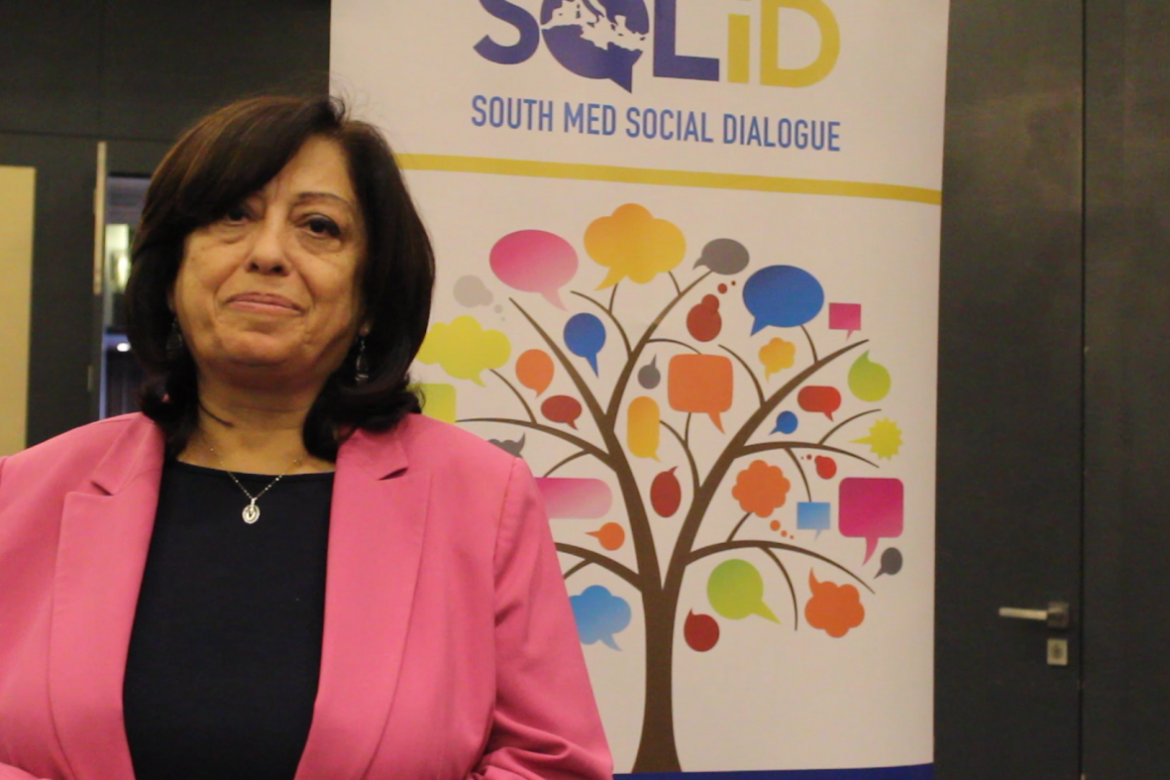 The Jordanian lawyer and human rights activist, Mrs Asma Khader shares with BUSINESSMED her perspective on the pilot project for the promotion of social dialogue in the Southern Mediterranean neighborhood SOLiD . The interview was held on the sidelines of the Advisory Committee meeting of the Program, which took place on 25 and 26 March 2018 in Beirut, Lebanon.

Mrs Asma Khader considers involving civil society, beside the traditional social partners (Governments, Trade unions and Employers),as An important and exceptional addition because civil society is a neutral party concerned with economic and social development issues and works in the light of human rights perspective that serves all parties since it adopts the principles, charters and international treaties. From her perspective, SOLiD helped to build consensus among the social partners thanks to the numerous dialogue sessions held within the framework of the project in the three target countries – Tunisia, Jordan and Morocco. One of the project’s outcomes was the consensus on a set of priorities that constituted commonalities between all parties such as freedom of association, tax policies, social protection and fiscal policies. Those commonalities will be developed in the form of a Charter to be adhered to by all parties in order to work in the next phase to address the major challenges and obstacles that our region faces particularly over the few past years, especially these, which threaten the economic and social development process and threaten the stability of civil peace.

During her interview with BUISNESSMED’s team, Mrs Asma Khader said that the participants in the program focused on the youth and women groups, the two largest groups in the region and the most affected by the current economic situation, which they consider to be an available human resource.

At the end, Mrs Asma Khader expressed her satisfaction with the high degree of consensus between the social parties involved in the project and she believes that SOLID will contribute to the success of the agreement with governments to achieve a charter that includes all parties.

About Asma Khader: a lawyer and human rights activist, is the President of Sisterhood Is Global Institute/Jordan (SIGI/J) and the Secretary General of the Jordanian National Commission for Women. She is the former Minister of Culture & Government Spokesperson for the Hashemite Kingdom of Jordan and former President of the Jordanian Women’s Union.