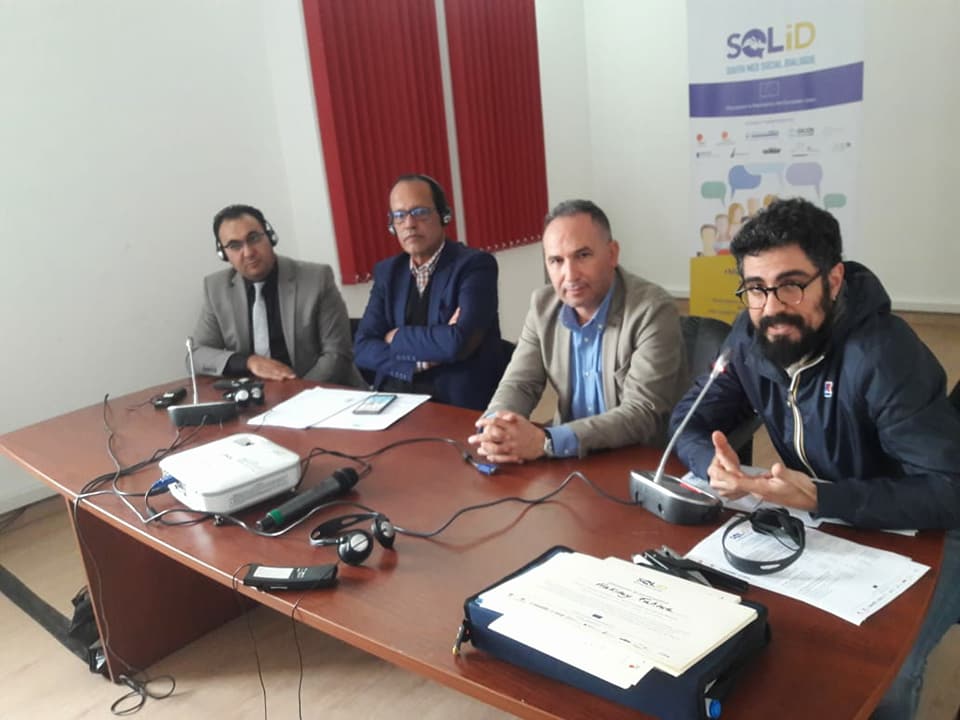 A national capacity building seminar on “Migration, Decent work and social rights” was organised by The Istituto Sindacale per la Cooperazione allo Sviluppo (ISCOS) in coordination with The Moroccan Economic, Social and Environmental Council (ESEC), The Moroccan Workers’ Union (UMT), Democratic Confederation of Labour (CDT) and The General Union of Moroccan Workers (UGTM)”, on April 20th 2018 in Rabat, Morocco.

Aimed at finalizing two of the three studies carried out in the framework of SOLiD Project, this event witnessed the participation of representatives of the Italian Confederation of Workers’ Trade Unions (CISL) and Moroccan trade unionists.

The seminar was initiated by an introductory session, aimed at summarizing the activities undertaken along with the results achieved since the beginning of SOLiD Project, followed by two discussions on “Quality of employment and under-employment. Interim and new forms of employment” and “Migration, decent work and social rights” and concluded by a final session of exchange of experiences and evaluation of results.