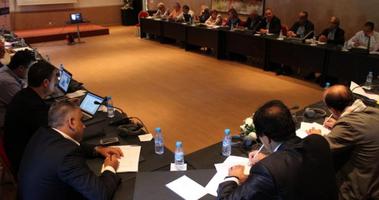 The Advoisory Group Meeting on the 2nd draft of “SOLiD Charter for the Promotion of Social Dialogue among Employers”, Trade Union Organizations and Civil Society Networks in the Southern Shore of the Mediterranean” was hosted by The Union of Mediterranean Confederations of Enterprises (BUSINESSMED), on May 12th and 13th 2018, in Rabat – Morocco.

The event structured in sectoral and countries’ working groups was devoted to an in depth discussion of the charter’s content in view of the outcomes and comments highlighted during the last meeting in Beirut on March 25 th and 26th 2018, as well as the remarks of the appointed redaction committee and legal review.

The partners agreed on the overall structure and the main outlines of the discussed version, yet certain amendments are inquired taking into consideration the sectoral groups’ recommendations (TUs, Employers, CSOs) and the target countries’ socio-economic specificities.

All meeting images are available through the following link: https://www.flickr.com/photos/businessmed-umce/albums/72157669104550818