Promotional Campaign for the SOLiD Project 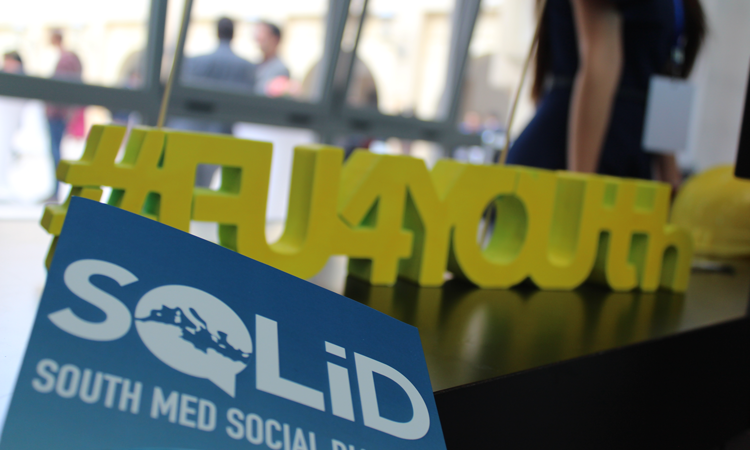 Promotional Campaign for the SOLiD Project

A promotional campaign on the SOLiD project was held in the City of Culture in Tunis from 16th to 17th November 2018, on the sidelines of the EU Conference EU4Youth on “Re-thinking of the Euro-Mediterranean Cultural Partnership”.

The campaign took place aside with distinguished European projects. The main purpose of this campaign is to present the project and its charter to Youth participants as part of our project team met young entrepreneurs who visited the booth of our EU-funded project dotted with the SOLiD’s brochure and its promotional items in order to increase their awareness about Social Dialogue and its relevance to strengthening the community of practice. The second element is to link the project vision in synergy with other represented projects during the conference. Noting that the event was spotlighted by the visit of the Ambassador of the European Union in Tunisia, Mr Patrice Bergamini who was interviewed by the media.

On the other hand EU4Youth was the opportunity for the SOLiD project not only to promote its charter, but also to be presented to media as the conference welcomed the first edition of the “international meetings of Journalism of Tunis” in its first edition under the theme “Encourage meetings and exchanges between journalists” – a meeting which hosted more than 350 journalists from both shores of the Mediterranean allowed the SOLiD project to be known and expanded through a variety of media experts and journalists.
Several questions and discussions were initiated by Youth attendees and journalists in reference to Social Dialogue as well as the vision of the SOLiD Charter.

The promotional campaign was above all a great opportunity for the SOLiD project to expand its network and to promote the benefits of social dialogue among all the participants and media.