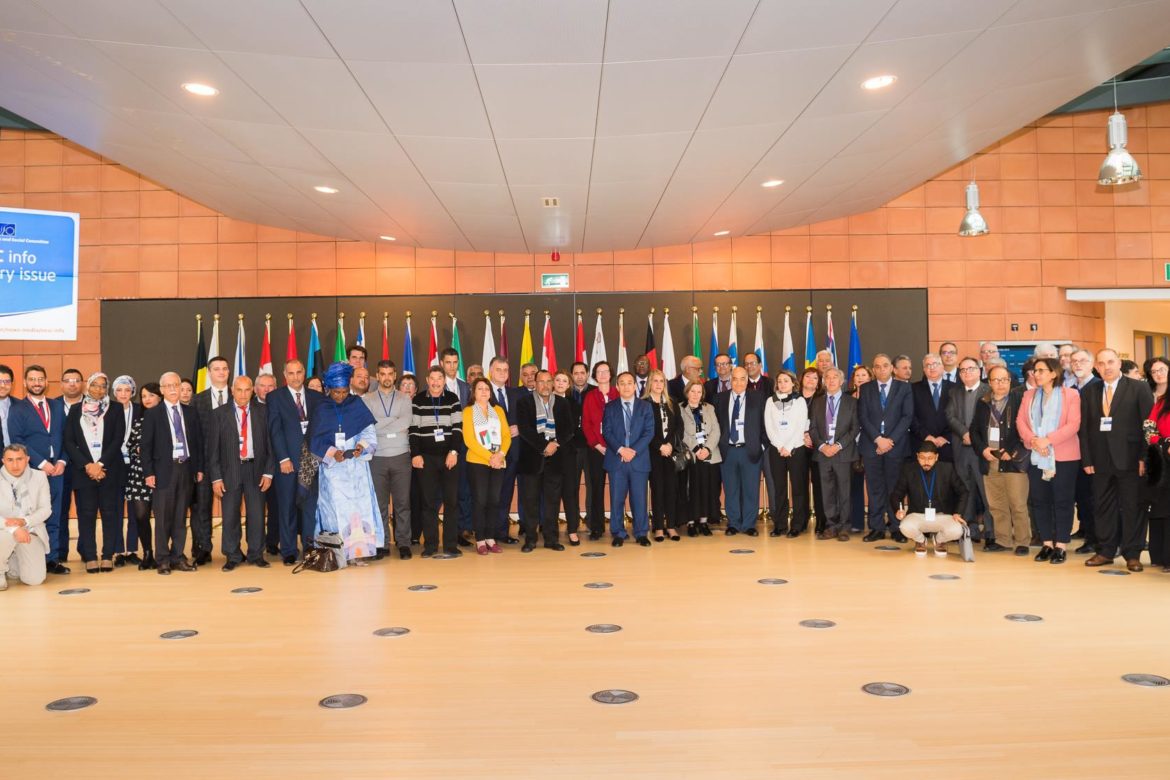 The closing conference of the pilot project for the promotion of Social Dialogue in the southern Mediterranean neighborhood (SOLiD 2016-2019) took place on March 14th, 2019 at the headquarters of the European Economic and Social Committee in Brussels.

The closing conference, organized by BUSINESSMED in partnership with the DG Near and the EESC, saw the participation of members of the project consortium, the Euro-Mediterranean social partners (trade unions and employers’ and civil society organizations) and HE Mr. Mohamed Trabelsi, Tunisian Minister of Social Affairs, and HE Mr. Mohamed YATIM, Moroccan Minister of Employment and Occupational Integration.

In an intervention made during the first panel, the Tunisian Minister, Mr. Trabelsi, declared that he considers SOLiD as a model of success, bringing together the social partners of the 3 countries and constituting a starting point before a possible extension in the other countries in the Mediterranean. He also stressed that […] «any separation between Social Dialogue and Economic and Social Development would only lead to injustice” […]

At the same session, Mr. Yatim recalled […] “the adoption by Morocco of international conventions institutionalizing social dialogue and the consecration in the 2011 constitution of freedom of association and social consultation mechanisms to involve partners” to the development and implementation of public policies “[…]

The event was also an opportunity for the various partners of the project as well as for the experts who accompanied SOLiD during the three years, to discuss and present the contribution of each entity as well as the outcomes and to reaffirm their will to see this project will continue in a second phase expanding to other countries and through a clear  plan of implementation.

The conference culminated with the signature of the SOLiD charter by the economic and social partners, as well as the Tunisian and Moroccan ministers.

The adoption of this charter is a unique and historic initiative in the region, a model of successful cooperation between the three target countries (Jordan, Tunisia, Morocco), opening the possibilities for the extension of the project to other countries of the South Mediterranean region and making the document a reference for strengthening, in a participatory framework, national policies for economic and social development.

The next meeting will take place on 2 April 2019 in Cascais, Portugal, on the sidelines of the 4th UfM Ministerial Meeting on Employment and Labor for the collective signature of the charter by the three ministers of the target countries in the presence 43 Ministers from Euro-Mediterranean countries, social partners, civil society and institutional members of the European Commission.

Photos from the event

The General Programme of SOLiD’s Charter