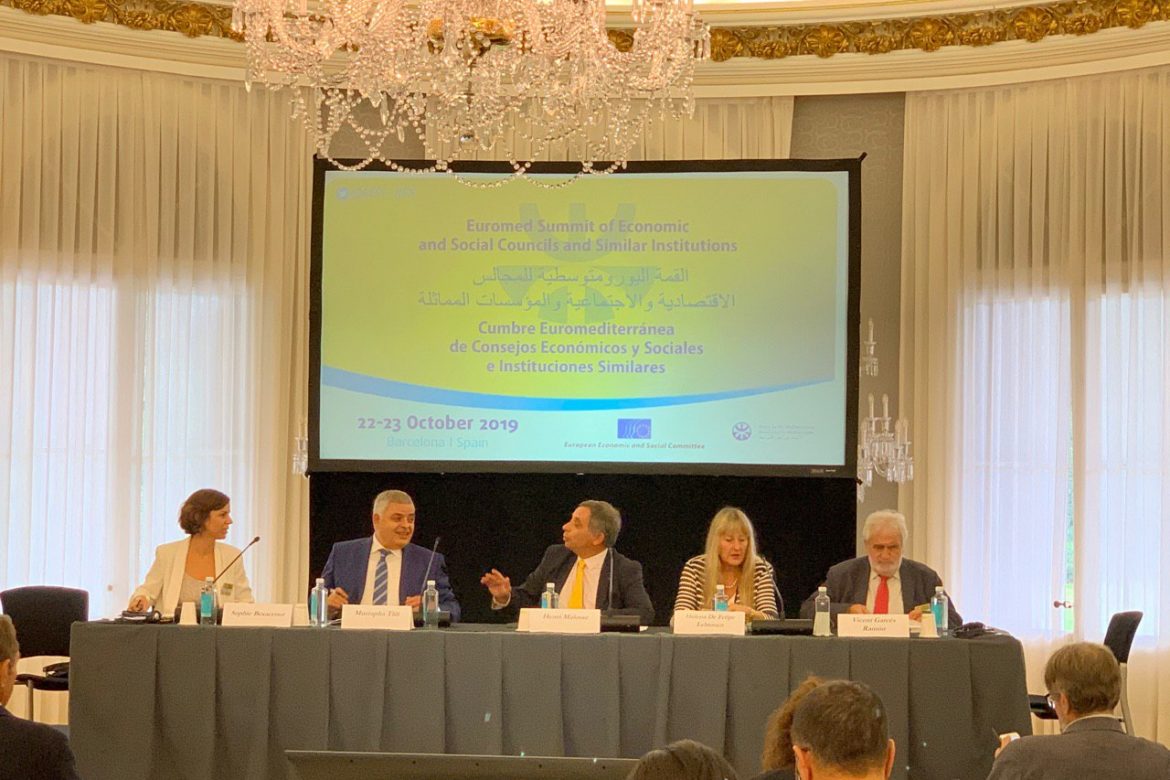 The SOLID project secretariat participated in the 2019 edition of the Euro-Mediterranean Summit of Economic and Social Councils and Similar Institutions (EESC), held in Barcelona on 22-23 October 2019, & focusing on the impact of digitalisation on SMEs in the Mediterranean region. The event brought together more than 100 participants from various economic and social councils or similar institutions, representatives of employers, trade unions, economic and social actors and NGOs from UfM member countries.

Speakers highlighted the potential for innovation and growth of SMEs through digitalisation but also stressed that digitalisation has a serious impact on the world of work and on the skill requirements of workers.

Mr Mostafa Tlili, Executive Secretary of the Arab Trade Union Confederation – ATUC and Director of the SOLiD project, presented the activities and the work that was carried out by the network during the activities of the SOLID project, he also gave his vision on regional cooperation in the Mediterranean area.

Throughout the two days of workshops, the speakers stressed the need to integrate the millions of young graduates who find themselves on the labour market every year, which is a major challenge for the countries on the southern shore of the Mediterranean. Small and medium-sized enterprises play a decisive role in the fight against youth unemployment, as they are important drivers of job creation and provide 80% of the jobs in the region. Thus, training workers to take full advantage of the changes brought about by digitalisation, is essential for economic and social development, in both North and South of the Mediterranean.